Hashima, Foucault and the state of higher education

Posted on December 4, 2012 by opendistanceteachingandlearning 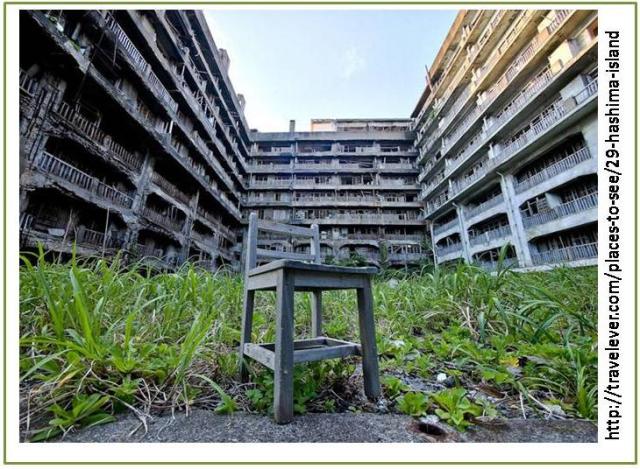 As 2012 winds to a close, many beg for a reprieve in the daily onslaught of changes, and reports of changes facing higher and distance education. Looking back at the end of 2011 and the start of 2012, nothing could have prepared us for the rapid and extensive changes that ambushed us on a daily basis (see the excellent overview and critique by Audrey Watters). A lot is written about these changes – ranging from the impact of changing funding regimes, the increasing privatization of higher education and tentacles of Pearsons and other for-profit organizations spreading, the MOOCification of higher education and the hype, lies and promises accompanying these. Somehow the pace and scope of these changes have overtaken us and prevented us to reflect not on necessarily on the scope, nature and permanency of these changes, but on the changes in the discourses surrounding higher and distance education which made these changes possible. What made these changes possible?

In this blog, I explore some of the thoughts of Foucault (1980) who seemed to imply that when reflecting on “sudden takeoffs” and changes in discourses, we need to examine changes in the hidden and embedded epistemologies and power relations underpinning these changes. In exploring some of this proposal of Foucault, I would like to use as backdrop the ghost island of Hashima, recently used as backdrop in the latest James Bond movie, “Skyfall.” The scenes from the movie show the dilapidated remains of what once was a densely populated island becoming desolate in a question of hours. Coffee cups were left on the tables of a coffee shop, bicycles were left standing against walls, windows with billowing curtains were left open. The changes that overcame Hashima were sudden, devastating and permanent. Hashima was a modernist dream of reclaiming land from the sea through the building of a wall, designing a densely populated island in the heyday of the coal industry in Japan. No one could have foreseen that the coal bubble would burst. It did and the island was dramatically depopulated within a short period of time.

The rapidness and extent of the changes that overtook higher and distance education in 2012 reminds me of the questions posed by Foucault (1980) reflecting on the raptures and sudden changes which sometimes occur in knowledge production, and the structures of disciplines. These disruptive changes cannot be explained by biological images of “progressive maturation” (Foucault, 1980, p. 112), but calls for a deeper analysis. Foucault writes: “How is it that at certain moments, and in certain orders of knowledge, there are these sudden take-offs, these hastenings of evolution, these transformations which fail to correspond to the calm, continuist image that is normally accredited?” (1980, p. 112). He continues to say that though the suddenness of such instances is peculiar, these changes are “are only the sign of something else: a modification in the rules of formation of statements which are accepted as scientifically true” (p. 112).

Thinking about the inherent and historically shaped traditional rules in higher education sustained by regimes, networks and mechanics of power, we therefore need to ask ‘what changed in these inherent regimes of Truth that made these exponential changes possible?” If higher education is comparable to Foucault’s analysis of the State as “superstructural in relation to a whole series of power networks that invest the body, sexuality, the family, kinship, knowledge, technology and so forth,” then higher education as “meta-power… can only take hold and secure its footing where it is rooted in a whole series of multiple and indefinite power relations” that forms the necessary basis for its existence (Foucault, 1980, p. 122). What changed in the “multiple and indefinite power relations” which form the foundation of higher education that provided a fertile ground for the changes and the accompanying hype that swept over the higher education landscape? This reminds me of the fact that the assumptions and epistemologies as regimes of power on which Hashima was built, became obsolete overnight, leaving a deserted island.

If the changes we faced in 2012 “are only the sign of something else: a modification in the rules of formation of statements which are accepted as scientifically true” (Foucault, 1980, p. 112), what rules changed? The following is anything but a definite list, but points to some of the rules that have changed (for now):

In closing: The changes higher and distance education saw in 2012 are but the visible changes of deeper changes in the power and truth regimes on which higher and distance education was built. While I agree with Audrey Watters (2012) that many of these new movements may turn out to resemble a depopulated Hashima in future, I have no doubt that these changes are symbolic of deeper epistemological and even ontological changes in the DNA of higher education. Despite the hype, lies, convoluted promises and claims, higher education as we have come to know it, may become another Hashima, with coffee cups left on tables in empty staff rooms…

Research professor in Open Distance and E-Learning (ODeL) at the University of South Africa (Unisa). Interested in teaching and learning in networked and open distance and e-learning environments. I blog in my personal capacity and the views expressed in the blog does not reflect or represent the views of my employer, the University of South Africa (Unisa).
View all posts by opendistanceteachingandlearning →
This entry was posted in Change.mooc.ca and tagged Audrey Watters, distance education, e-learning, Foucault, Hashima, higher education, open distance learning. Bookmark the permalink.

7 Responses to Hashima, Foucault and the state of higher education