Tensions and tipping points in higher and distance education

Posted on September 10, 2012 by opendistanceteachingandlearning 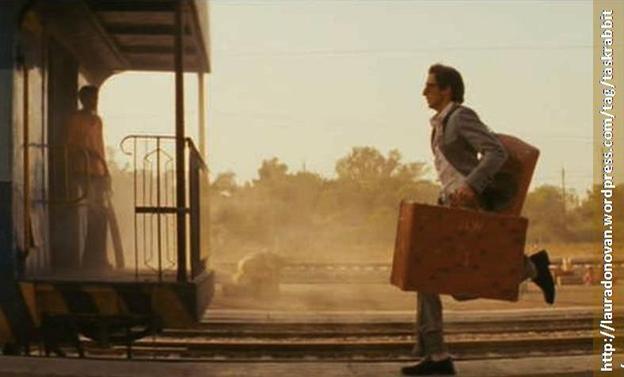 The use of a particular set of metaphors or expressions during the First Unisa International ODL conference hosted 5-7 September 2012, prompted me to think about organisational change in higher and distance education. Though it is possible that other metaphors were used during this conference, I am specifically referring to expressions such as “the train has left the station, if you are not on board, you are left behind”, “the boat has left the harbour” and “we are at a tipping point.”

These metaphors and expressions reflect individuals’, and possible the collective sense of the delegates, that the context of higher and distance education has irrevocably changed due to primarily three factors. Firstly, there is the impact of the digitization of content, teaching and learning – changing not only higher education’s value proposition, but also our pedagogies, the skills faculty and students need as well as assessment and accreditation. There is also the impact of not only the use of and access to a range of mobile devices but also the impact of the mobility of learners and faculty on learning and teaching. The third factor shaping higher and distance education is the impact of open education (including teaching, learning, assessment and accreditation) and open scholarship. Interestingly, though none of the keynotes or workshop facilitators used the metaphors or expressions of trains leaving stations or tipping points, all the keynotes emphasized and provide ample evidence for the changing context and its impact on teaching, scholarship and learning.

Expressions such as “the train has left the station, if you are not on board, you are left behind”; “the boat has left the harbour” and “we are at a tipping point” signify a belief or sense that we have reached a situation where there is no turning back to a pre-digital, pre-mobile and pre-open age. Though this is, in general, true in the broader context of higher and distance education, I am not necessarily convinced that these expressions take into account the complexities and idiosyncrasies of different contexts and different powers with vested interests in either frustrating organisational change or actually, preventing it.

Quoting from popular science authors may lack academic decorum, but I want to use some of the thoughts by Malcolm Gladwell (2000) in “The tipping point. How little things can make a big difference” as starting point.” He explores how epidemics develop and reach a certain ‘tipping point’ after which there is no turning back. From the basis that there is a correlation between tipping points in epidemics and social movements, he then proposes some pointers for thinking about tipping points in societal change. Gladwell claims that there are three essential interdependent factors namely the role of a few extraordinary people, the “stickiness” of the message and the “power of context” (Gladwell, 2000, p.29).

The first aspect in understanding and creating tipping points is the role of connectors, mavens, and sales persons.  Connectors have their feet in different worlds and contexts, and mavens are not “passive collectors of information” but they share whatever they know with a range of others (Gladwell, 2000, p.62). Mavens are  “information brokers, sharing and trading what they know” (p.69) or “data banks” passing what they know through connectors to sales persons that persuade their audiences (p.70). The stickiness factor refers to the ability of the message to ‘stick’, to appeal, and to convince. The third factor is the role of context and community – where change happens and is sustained in “close-knit” groups. Gladwell suggests that underlying successful social epidemics “is the bedrock belief that change is possible, that people can radically transform their behaviour or beliefs in the face of the right kind of impetus” (2000, p.258).

I must confess that on first reading Gladwell’s (2000) book a number of years ago, I was taken in by the simplicity of his message. It seemed so simple – add, like the witches in Macbeth, the three ingredients, and voila, you have an epidemic or social movement.  I am afraid it is not so simple… There are some tipping points in society and organisations that bear testimony to the fact that change is not always beneficial or good. An example that comes to mind is the genocide in Rwanda where all three factors (connectors, mavens and sales persons), a “sticky message” (Tutsis are cockroaches) and  a particular context were all present with disastrous results. Interestingly, technology, and specifically radio played a huge part in creating and sustaining the systematic slaughter of close to 800,000 people (see Kellow & Steeves, 1998).

A second possible critique is that although the pointers Gladwell (2000) provides are useful in reflecting on tipping points in the past, it is more difficult to use his pointers to plan organisational change in higher and distance education.  We may have a few extraordinary people, and a “sticky”message but our contexts and the different realities and power-relations frustrate or prevent institutional change. Looking at the dramatic changes higher and distance education institutions are facing, those eager for change often express their intense discomfort with the slow pace of change, with expressions such as “the train has left the station, if you are not on board, you are left behind”, “the boat has left the harbour” and “we are at a tipping point.” Though I share many colleagues’ intense wish for less bureaucracy, more nimbleness in our institutional responses to the tsunami of change facing higher education and a bigger appetite for risk, I am afraid that we should not underestimate the impact of solidified assumptions and beliefs, institutional inefficiencies, institutional and personal ideological agendas and power-relations between the different queen- and kingdoms in higher and distance education institutions.  We can also not lightly think of our students as collateral damage in realising our dreams for fully online or distributed learning. Add to this witches’ brew the impact of broader social, economic and geopolitical forces and we are destined to be increasingly frustrated due to our lack of control as higher and distance education management structures seem to be paralysed by impending changes and the (im)possibility of change. As Laura Czerniewicz (University of Cape Town) pointed out during the conference, higher and distance education is and will be in-tension between different factors pulling us forward and holding us back (see her excellent overview on ICTs in higher education – some trends, opportunities and concerns – an African perspective).

In closing:  I have no doubt that the future of higher and distance education will be digital, mobile with an increasing number of pockets of openness impacting on the sharing of resources, assessment, and accreditation. Expressions such as “the train has left the station, if you are not on board, you are left behind”; “the boat has left the harbour” and “we are at a tipping point” therefore signify a belief or sense that we have reached a situation where there is no turning back to a pre-digital, pre-mobile and pre-open age.

I furthermore believe that many of our traditional classifications such as “digital natives” are outdated and lack the necessary nuances to explain and respond to our increasing diverse student and faculty profiles and different levels of preparedness. We need to find ways of telling stories that do not demonize those who are not ‘on the train.’ We cannot assume that those ‘on the train’ represent the creme de la creme of an institution while the ‘others’ are Luddites and backward. In our passion for change, we should embraced more nuanced views, of ourselves and of others.

I believe that technological and analytical changes are heralding immense possibilities for either decreasing the existing inequalities in the world or perpetuating and increasing intergenerational injustices. We cannot afford to speak lightly of those who cannot afford access to our dreams.

Expressions such as “the train has left the station, if you are not on board, you are left behind”, and “the boat has left the harbour” may therefore, depending on the context, only be partly true. We should not forget that, depending on the values and insight (or lack of insight) of those in the driver’s seats of our trains and boats, we have no guarantee that the trains and the boats are heading in our preferred directions.  After five to ten years, when we look back at 2012 will we be able to state that the Massive Open Online Course (MOOC) movement, EdX, Coursera, Udacity, the Khan Academy,  or our institutional strategies were, in fact, tipping points.

Kellow, C.L., & Steeves, H.L. 1998. The role of radio in the Rwandan genocide. Retrieved from http://ics-www.leeds.ac.uk/papers/pmt/exhibits/2192/Rwandaradio.pdf.

Research professor in Open Distance and E-Learning (ODeL) at the University of South Africa (Unisa). Interested in teaching and learning in networked and open distance and e-learning environments. I blog in my personal capacity and the views expressed in the blog does not reflect or represent the views of my employer, the University of South Africa (Unisa).
View all posts by opendistanceteachingandlearning →
This entry was posted in OMDE601 and tagged distance education, e-learning, EdX, higher education, ICT, Kahn Academy, Laura Czerniewicz, Malcolm Gladwell, mobile learning, MOOC, online courseware, open distance learning, technology, Udacity. Bookmark the permalink.