The myth of the ‘average learner’ in distance education (#OMDE)

Posted on August 13, 2012 by opendistanceteachingandlearning 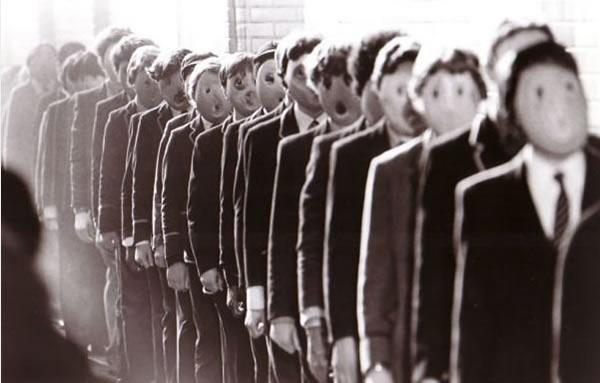 Despite the above concerns about the lack of any evidence to support the notion of what an “average learner” in distance and open education looks like, we continue to use the concept of the ‘average learner’ in planning how long courses should take, the “mix” of pedagogy, technology and support, funding formulas (e.g. full-time equivalents…) and of course, cohort studies and funding formulas.  I propose it is time to dump the notion of the ‘average learner’ altogether…

Distance education has long been heralded as the “most industrialized form of education” (Peters, 2010) where courses are delivered to masses of students regardless of where they are and often even who they are. In the past, distance education was made possible by a division of labour where courses were designed by cross-functional teams, carefully designed to suit the ‘average learner’ who will be able to work through a defined scope of content in a certain number of hours or tuition period. After designing these courses, the content entered a production cycle and was delivered to students in neatly sealed packages. Without this division of labour and the standardisation of tuition cycles and examination dates, distance education would most probably not have been possible. Considering that the affordability of offering courses through distance education depended on issues of scalability and standardisation, the sustainability of distance education depended on carefully balancing “nice-to-haves” (whether extra readings, student and lecturer ratios as well as choosing technologies) with the absolute essentials the ‘average learner’ needed to achieve predetermined outcomes of a particular programme or course.

While the above description may have been universally true of distance education in the past, advances in technology and the affordances of a range of online learning opportunities question our most basic assumptions about the division of labour, tuition cycles, “materials production” and of course, the notion of the ‘average learner’… There is increasing convergence between traditional residential education and distance education with the old absolute boundaries and distinctions disappearing and blurring. And yet, despite these changes, the notion of the ‘average learner’ keeps us captive.

The notion of the ‘average learner’ runs through distance education provision like a golden thread. In South African higher education, the credits earned by passing a particular course depends on the number of hours the ‘average learner’ will need to achieve the envisaged outcomes.  For example, each credit is equivalent to 10  ‘notional hours’  referring to the time an ‘average  learner’ needs to work through  the materials,  complete all the formative assessment, as well as prepare for and complete the summative assessment. The total scope of a 12 credit module is therefore based on the notion of what an ‘average learner’ can achieve in 120 hours.

If we let go of the notion of the ‘average learner’ and design courses  which allows for  multiple routes towards achieving  agreed-upon capabilities , then it follows that learners may take however long it takes them to achieve envisaged competencies.  Learners who need more assistance to achieve a certain level of competency will be able to take alternative and possibly longer routes, while learners who can prove their competencies in the stipulated outcomes can then move on to follow-up courses. Yes, this will result in some learners completing a so-called three-year qualification in a shorter period, but where did we get the idea of a “three-year qualification” anyway? These time-bound qualifications are most probably left-overs from historical residential higher education where learners could not proceed faster than the schedule of set lectures where a professor will enlighten and fill receptive students like empty vessels who depend totally on the wisdom of the one in front of the class. Distance education duplicated this belief into standardised and scalable courses designed on the premise of what an ‘average learner’ can achieve in a certain period of time.  What prevents distance education from offering well-designed courses allowing for different routes, different assessments and different schedules?   Or are we so obsessed with our little boxes and schemata that we cannot think out-of-the-box?

Yes, I know our funding frameworks and institutional operational cycles are based on completing “three-year” qualifications, but surely this notion goes against the grain of the belief that students are diverse, with diverse life-histories and aspirations, time and resources. Western Governors University in the United States of America is already offering competency-based qualifications allowing learners to proceed to follow-up courses as soon as they have proven their capability in preceding courses.

In conclusion: We are all worried (and very vocal) about the under-preparedness of students for higher education and distance education in particular. I have a suspicion they are only under-prepared when they are measured against the norm of an ‘average learner’ – a construct that has not only become dated but also increasingly constraining – for institutions and learners alike…

Is it not time we think differently?

Research professor in Open Distance and E-Learning (ODeL) at the University of South Africa (Unisa). Interested in teaching and learning in networked and open distance and e-learning environments. I blog in my personal capacity and the views expressed in the blog does not reflect or represent the views of my employer, the University of South Africa (Unisa).
View all posts by opendistanceteachingandlearning →
This entry was posted in OMDE601 and tagged average learner, distance education, e-learning, education, education in south africa, higher education, MOOC, open distance learning. Bookmark the permalink.